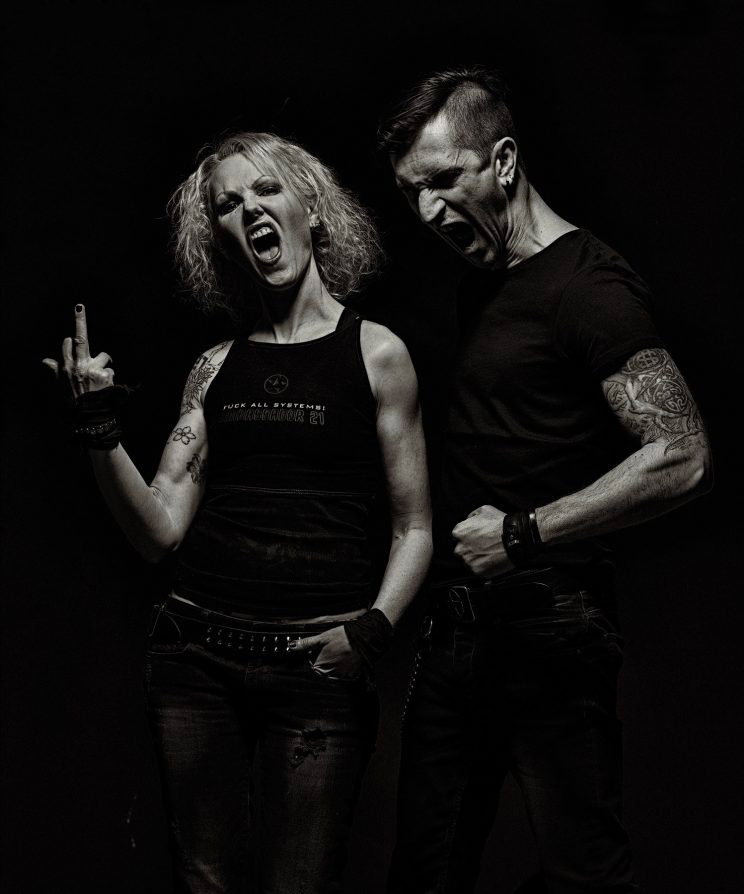 Natasha A Twentyone – voice, electronics  and Alexey Protasov – voice, electronics
AMBASSADOR21, the often imitated but never equaled industrial duo from Belarus. Throughout the past years, Natasha A Twentyone and Alexey Protasov have clearly put their mark on the industrial scene with their harsh, relentless sound and their explosive live performances. And it doesn’t look like their reign of domination is about to end soon. But what would you expect from a band that has the punk-attitude flowing through their veins and lives in the same sick and twisted world you do? AMBASSADOR21 always balance on the edge, their music is a breaking point, where industrial, hardcore, rhythmic noise and EBM blend together in an unique apocalyptic mix. Celebrating their 15th Anniversary, AMBASSADOR21 dance with wolves and introduce new album “Human Rage” which will never let you lick your wounds, and new live show which will never let you rest. All their lives Natasha A Twentyone and Alexey Protasov have been associated with music, been involved with local punk bands from their teenage years. Later they became well-known radio DJs on the biggest commercial station in Belarus, still they continued to promote all kinds of alternative music. Then one day they just decided to stop all other work, not be part of the system and be only musicians. Independence is not the easiest way, but the choice was made. December 2001 AMBASSADOR21 was born. In 2002 AMBASSADOR21 founded their own record label Invasion.