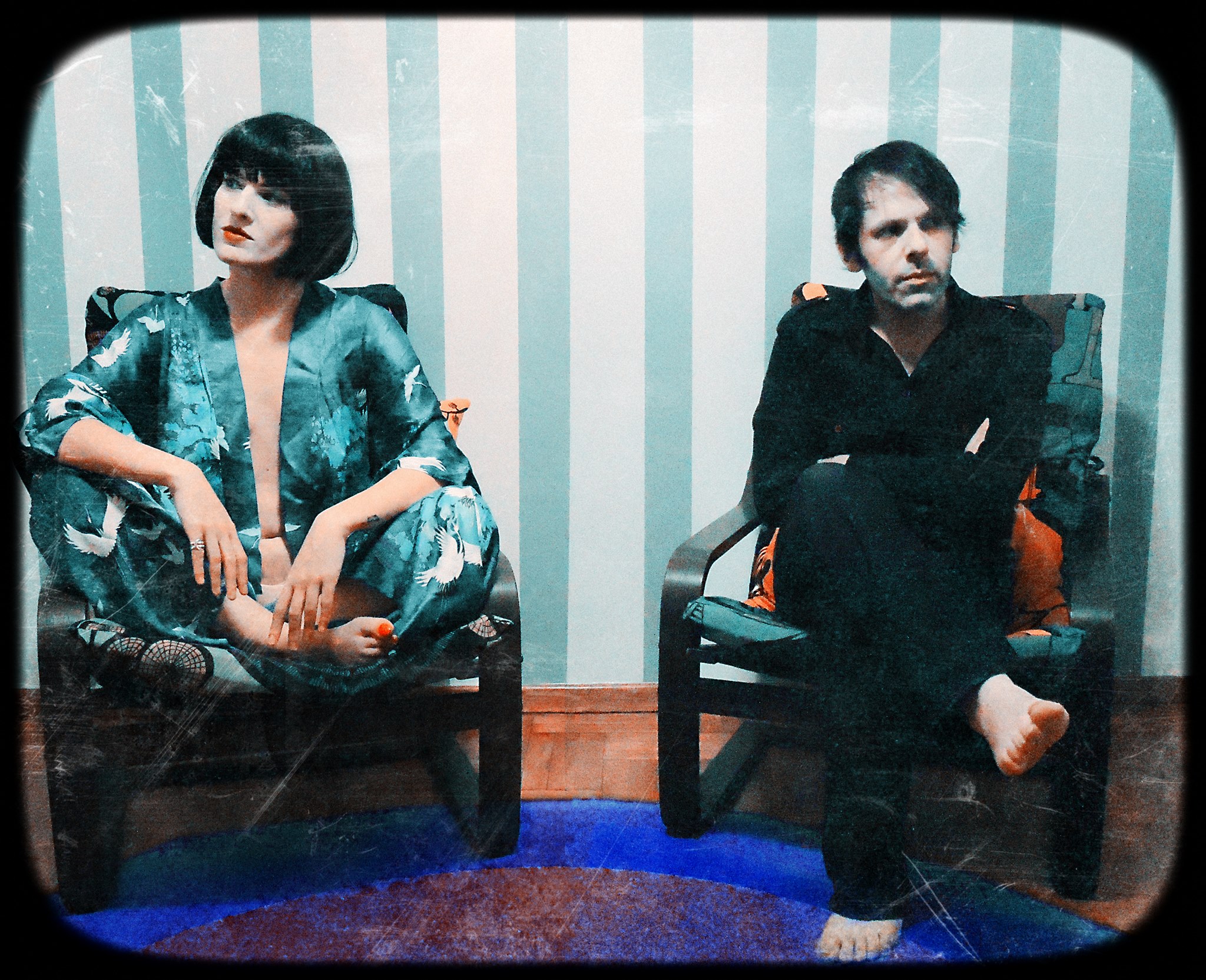 Born late 2012, Ascii Witchcraft is the result of the defying all odds encounter of Yeti Popstar and Meta Fiction around an online poker table earlier that year. After several months and a series of stimulating exchanges, the two embarked on a sensual underground musical journey. Their dark electro based sound is influenced by new wave as well as Detroit techno with some undertones of early Chicago house.
Meta Fiction (GR), writes poetry and is the voice of Ascii. The main notions underpinning her artwork and performance are jouissance, eclecticism and subtlety. She works in academia and is currently designing her own fashion brand. Yeti Popstar (BE), is a Brussels based German producer known for his previous project Velvet Underwear and his collaborations with Victoria Lukas (Zerkalo), Shazzula (ex-Aqua Nebula Oscillator) and Hanin Elias (ex-(Atari Teenage Riot). He composes and produces Ascii’s obscure and trippy soundscapes in his home laboratory.
Ascii Witchcraft performed live with Adult. (US) in May 2013. Their first EP, Antischism, will be out in 2014 on Lynch Law Records.